And so it is. Another year done and dusted, I am so much closer to fulfilment and nearer to answers yet still I feel far from fulfilling the ever lingering evanescent ‘potential’ that I am supposed to have. 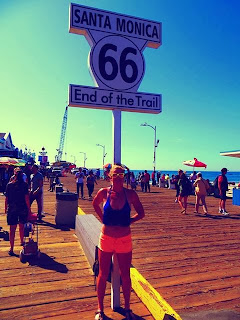 Kona Ironman World champs left me meandering in a daze onto the roadside, collapsing and being taken away by the medics at 13 miles.

The day started so well I took the hit of a negated swim - the currents in the sea aided the weaker swimmers and kept a pack together, I kept my head and committed to the bike. Eventually at 130 km a trio of Kessler, Joyce and I gapped the group – finally my lead had come right- better late than never- I felt focused and driven and these are the days when I usually let rip. 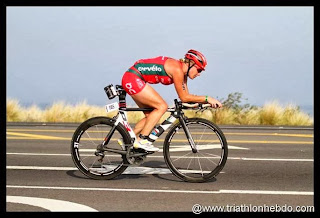 It was not to be – as soon as I began running I felt my head – it felt like a lead weight and began to tighten. By mile 10 I was stumbling and holding it in my hands. Hyponatremia– a lack of salt -is a serious condition and one I will never, ever overlook again.

I was so focused and so determined to get this race right. I had respected the warnings – the myths and stories of the lava rock and the victims that it takes and I resolved to stay really, really hydrated- my absolute prime concern was hydration. 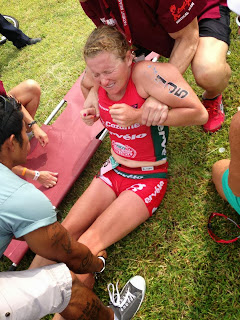 But I took water not salt washing my system of electrolytes and so the brain begins to swell. I had my first ambulance ride and my first drips- I resolve that they will be my last. 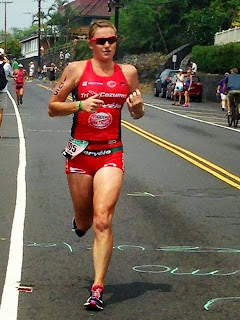 When I woke up properly in the medical tent I asked for James. There was no news for a while. A medic finally came over and said with an ambivalent face that James was fine and had come fourth. Fourth!   I was over the moon and spent the next hour trying to stomach soup in order to be released -I promptly regurgitated it as I roamed around trying to find him but barely cared.

I had no idea what had happened in the ladies race. I later found out that three of the nicest girls in the sport had cemented the podium. I was happy for all but really, really sad for myself. 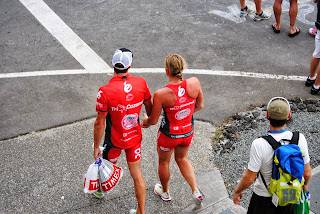 A week on I still resolve to nail this race in the years to come. This year’s lessons are learnt and only the future is adjustable. We celebrate James’s great triumph of a 4th place at just 30 years old. I believe him to have the ability to win Kona in the very near years.

We will make changes now to progress our careers. These decisions will take time and I look forward to some time in the African bush to aid in cementing our aspirations, dreams and plans for next year. I am excited, really, really excited. 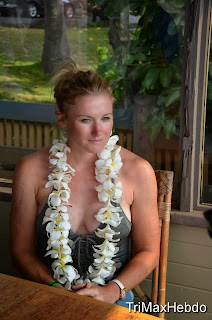 Thank you to one and all – family, friends, Brett, sponsors and supporters who share my experiences and I know whom feel elation and pain with me in this crazy career.  I’ll get there guys and it will be a day all the more savoured and only upgraded by the lows of the past.

Special thanks to TYR - you rock and truly make the best swim products out there, Cervelo - for all your support before, during and after Kona, Oakley SA - true class, Computrainer, On, Team TBB Cozumel, Xlab, 3T, Ignite Naturals.